A major milestone was met by the company this year in that AppCentrica outgrew our first home at 229 Yonge Street.

We spent our first three years in the office at Yonge and Shuter,  and whether it was late nights working, Friday afternoons spent on a patio, or green pancakes for St. Patrick’s Day it held many good memories to all.

However, towards the end of our time in the space, and as the employee count continued to increase, the shared company feeling started to shift and everyone became excited at the thought of a new, and more importantly larger, location. During the last month the office became like a giant game of musical chairs, where the last one to find a chair may be standing and no matter your title in the company, no one was safe. Meeting rooms became impromptu offices, hallways became meeting rooms, and even a complete change in our office furniture to squeeze in a few more desks could not support how much we have grown in the past year.

As is with most major decisions that affect AppCentrica, the requirements for the new office were a collective vote and everyone’s opinion was heard. Our new location had to boast the relaxed brick and beam interior that we had all grown to love as well as accommodate all the specific AppCentrica necessities; lots of cupboard place for snacks, and room for the company foosball table. After looking at a few options, leaning strongly in one direction, reconsidering, then resuming the search, the decision was made and AppCentrica was to move to 3 Church Street. Hello St. Lawrence Market! 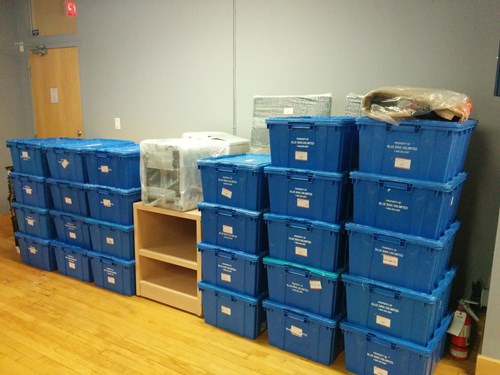 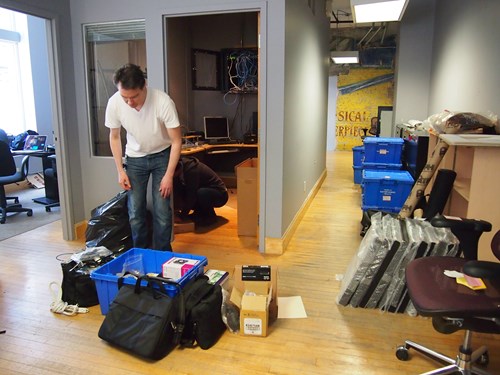 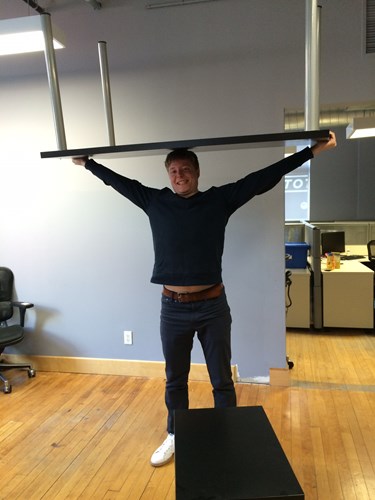 The coordination of the move and packing was left to our best detail-oriented AppCentricans and with the help of volunteers (and the voluntold) the packing for the move went over as smoothly as we could have hoped, with only a single casualty; “the mystery of the broken urn (to be continued..)”. Moving in day and weekend were also executed by some of our very own, and thanks to those who were willing to give up their weekends, when everyone arrived to the office for the first time the following Monday it looked inviting and settled (the welcome donuts and balloons were definitely good touches towards this). 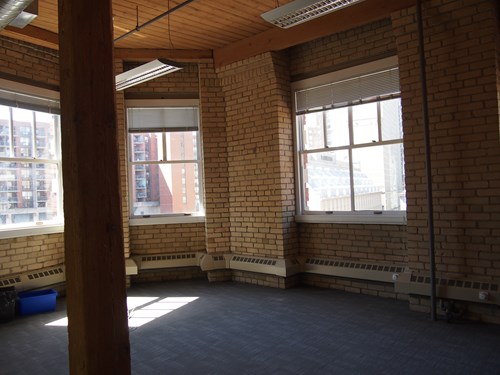 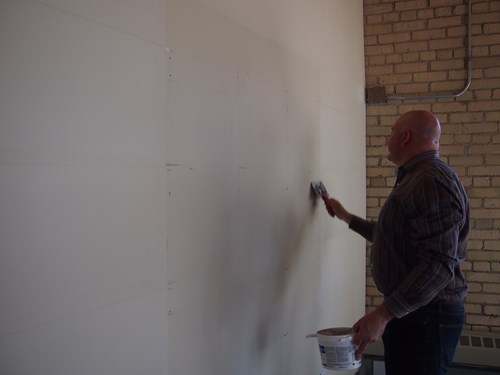 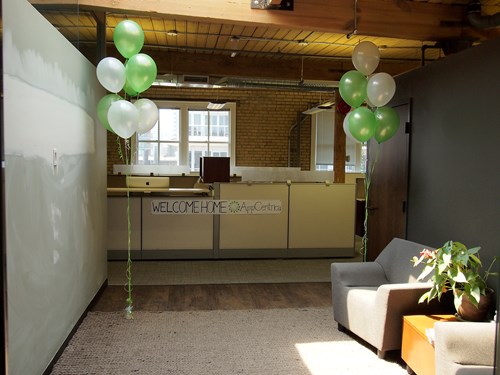 AppCentrica has now been in the new office for almost three months and as finishing touches get completed, it continues to feel more and more like home. Although the move was a success, and everyone welcomed the change of scenery, we are all looking forward to growing within this building for many more years to come. 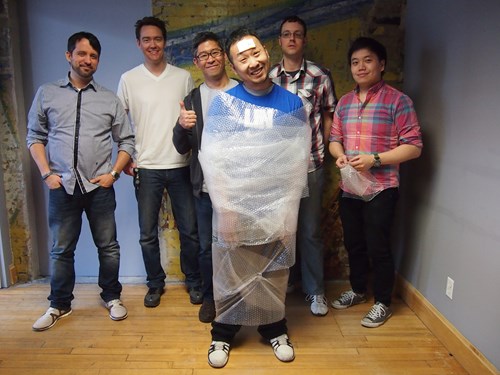